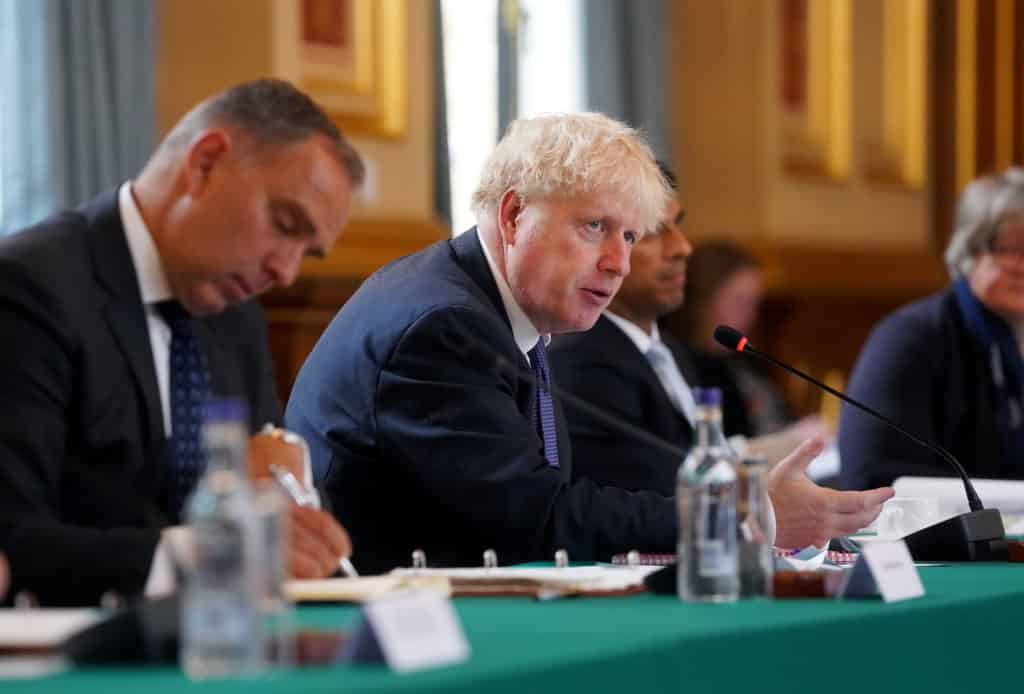 For quite a while now, you will have been used to hearing ‘stay home’. Unless you live under a rock, it is hard to escape those inevitable 2 words. If you switch on the television, open a newspaper, a magazine, or even just Facebook, you will usually be given a set of rules telling you what you can and can’t do, as well the usual social shaming campaigns against anyone who begs to differ. You must stay home. But that’s very easy to say if you live in a big house and have a six-digit salary.

Here are some of the highest politicians and medical leaders in the UK. And here are their salaries and their homes.

In April of 2020, the Independent Parliamentary Standards Authority (IPSA) raised the basic annual salary for an MP to £81,932. This is the bottom line salary for all members of parliament. On top of this, the Prime Minister is entitled to a further £79,936 as PM. This totals Boris Johnson’s annual salary to an entitlement of £161,868.

‘Number 10 has 3 overlapping functions. It is the official residence of the British Prime Minister: it is their office, and it is also the place where the Prime Minister entertains guests from Her Majesty The Queen to presidents of the United States and other world leaders. The Prime Minister hosts countless receptions and events for a whole range of British and overseas guests, with charitable receptions high up the list.’

If 10 Downing Street fails to satisfy the Prime Minister’s needs, then he is also entitled (as PM) to use and amuse at the Chequers Country Estate, located by the village of Ellesborough in Buckinghamshire.

Under the Chequers Estate Act of 1917, the Prime Minister of the United Kingdom is assigned Chequers Estate as his official country residency. The act claims that “the better the health of our rulers the more sanely will they rule”.

The Estate consists of a 16th-century manor house, set on a stunning ‘one thousand two hundred and thirty-two acres’ according to the legislation. The manor is also fitted with many early century paintings, as well as an indoor pool. Dennis Thatcher is reported to have once said: “Chequers is why you get the job”.

As a Member of Parliament (MP) since 2010, Matt Hancock is entitled to a baseline salary of £81,932, which was increased in April by £2,464. As a secretary of state, Matt Hancock will also be entitled to another salary, which unfortunately does not show on the Government website. However, his salary is estimated to be six digits, around £140,000.

On top of his salary, as an MP, he is also entitled to further government spending, covering costs such as business travel, accommodation, and staff salaries. In IPSA’s 2019-2020 report, Matt Hancock is reported to have used £29,483 on accommodation, £22,648 on ‘office costs’, and a further £154,404 on staffing.

Matt Hancock also claims to have two homes, one in West Suffolk, and one based in London. To make matters more ironic, as Secretary of State for Health and Social Care, Matt Hancock is not obliged to follow his own rules of ‘stay home’. Throughout 2020 and 2021, Hancock has continuously been allowed the pleasure of going to work in the real world, with the comfort of 10 Downing Street and any officials he works with.

Rishi Sunak was appointed Chancellor of the Exchequer on 13 February 2020. As a member of the Conservative Party, he was previously Chief Secretary to the Treasury from July 2019 to February 2020

As a Member of Parliament (MP), Rishi Sunak is entitled to the standard £81,932 set by IPSA in April 2020. Simultaneously, as the Chancellor of the Exchequer, Sunak is also entitled to a further £71,673 by her majesty’s government, totalling Rishi Sunak’s salary an entitlement of £153,605 per annum.

Since 1806, the chancellor of the exchequer is also entitled to live next to the Prime Minister at 11 Downing Street. However, Sunak and his wife have a home in Northallerton, North Yorkshire, a house in Kensington and a flat in Santa Monica, California.

Overall, however, Sunak has minuscule wealth compared to his wife’s side of the family. Sunak’s Wife, Akshata Murty, is the daughter of Narayana Murthy, owner of the Indian tech company Infosys who, according to Forbes, ranks as the 51st richest man in India, with a net worth of $3.4bn. Sunak’s Wife also has shares in the company, revealing in Infosys annual report 2019-20 that she possesses 0.91% of shares in the company, now estimated to be worth around £430m.

In July 2020, the British Government released their annual ‘list of ministers interests‘ report, declaring any conflicts of interest that arise between government members.

Sunak’s Portfolio includes a ‘blind trust’ in the financial interests box. Sunak has publicly spoken in the past of his venture with Theleme Partners, a hedge fund whose quarterly reports reveal millions of shares in pharmaceutical company Moderna.

Professor Chris Whitty is the Chief Medical Officer for England, the UK government’s Chief Medical Adviser, and the head of the public health profession.

In September 2020, the government revealed in the senior ‘high earners’ salary report‘ that Christopher Whitty earns an astonishing salary between £205,000 – £209,999 per year.

Although working for the government, Patrick is entwined with some conflicts of interest. In 2006, Patrick joined GlaxoSmithKline, one of the largest pharmaceutical companies in the world. Later he was promoted to the executive board and eventually became president of the research and development department.

Simon Stevens is the Chief Executive Officer (CEO) of NHS England. He is also responsible for £120 billion of annual funding from the parliament to the NHS.

It is not to say that these ‘leaders’ have easy careers. However, it is important to point out that it is very easy to say ”stay home” when you have a large salary and a large house. Furthermore, these very politicians themselves do not have to abide by their own rules. The lifestyles and homes that these politicians live overwhelmingly do not reflect those of the general public.

”Stay home, or you’re selfish,” said I in my mansion to you in your flat.