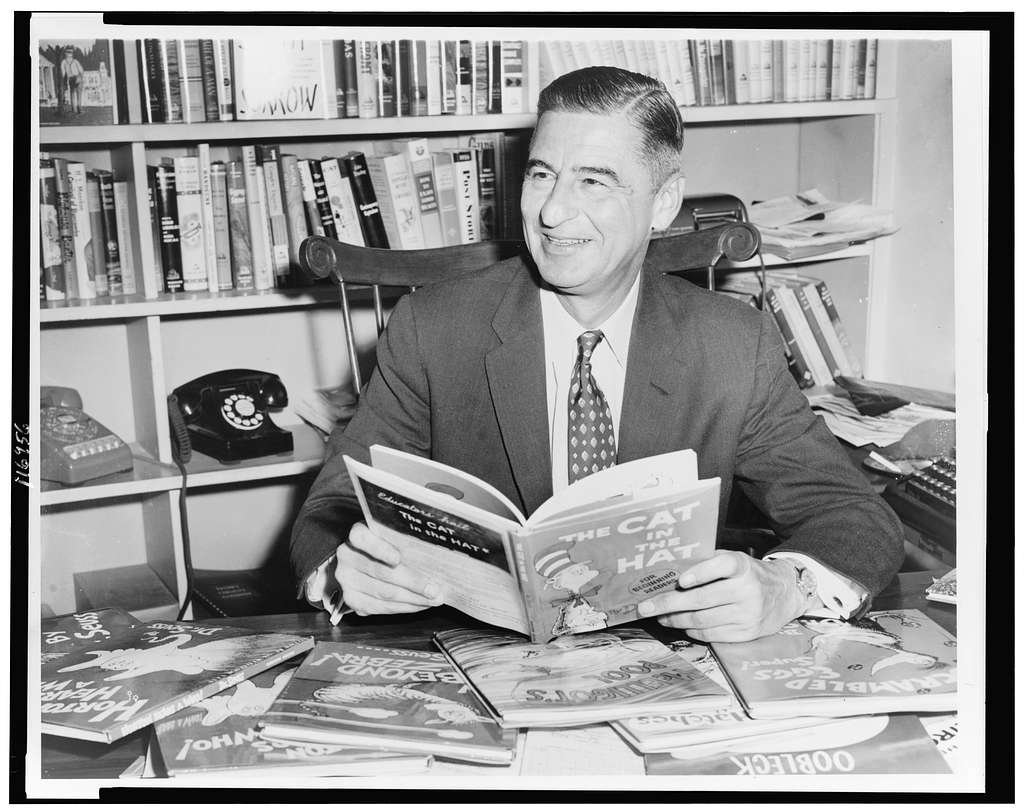 (Photo by Al Ravenna/Library of Congress)

Suppose you think that political correctness has had its time, wrong. Once again, the woke brigade has come for more culture, this time targeting famous children’s writer Dr Suess.

Suess Enterprises, the company that claims it is ‘committed to care taking Dr Suess’s legacy’, announced they would be ceasing the publication of six of the writer’s books.

Ironically, the announcement was made on March 2nd, the very birthday of Dr Suess, whose real name was Theodore Suess Geisel.

“Ceasing sales of these books is only part of our commitment and our broader plan to ensure Dr. Seuss Enterprises’ catalog represents and supports all communities and families,” the company stated.

The six recalled books were: And to Think That I Saw It on Mulberry Street, If I Ran the Zoo, McElligot’s Pool, On Beyond Zebra!, Scrambled Eggs Super!, and The Cat’s Quizzer.

The company added: ‘These books portray people in ways that are hurtful and wrong.’

“Dr Seuss Enterprises has made a moral decision of choosing not to profit from work with racist caricature in it, and they have taken responsibility for the art they are putting into the world, and I would support that,” wrote Philip Nel, an English professor at Kansas State University and author of Was The Cat in the Hat Black? In a statement with the Guardian.

Although Dr Suess, who has written at least 65 books to count, and sold over 700 million to this day, has used his work to spread both positive messages about conserving the environment, as well as motivational messages, some claim that his work has been used to spread hate against dark-skinned people, Asians and other minorities.

One illustration in his 1937 book “And To Think I Saw It On Mulberry Street” presents a “Chinese boy who eats with sticks,” with a cartoon of an Asian man using chopsticks.

The 1947 book, McElligott’s Pool, features some ‘Eskimo fish’. According to some, the word Eskimo is offensive as it was used in Alaska to refer to indigenous Inuit and Yupik peoples.

In the 1955 book, On Beyond Zebra, Suess depicts a character called “Nazzim of Bazzim” who is ”of unspecified nationality”. He rides a “Spazzim”, a fantasy creature resembling a camel. Some have described the imagery as the least obvious.

Suess’s book If I Ran The Zoo, does appear to have some questionable racism, depicting some Asian men captioned ‘I’ll hunt in the mountains of Zomba-Ma-Tant, with helpers who all wear their eyes in a slant’. Other pages also show the “African island of Yerka,” featuring squat African tribesmen with large hoops through their noses.

Later, in defence of Suess, her stepfather, Lark Grey Dimond-Cates told The New York Post: “There wasn’t a racist bone in that man’s body – he was so acutely aware of the world around him and cared so much.”

An article written by Kyle Smith at the national review points out that from the images in the books, ”only the most hypersensitive hysteric” would have reason to deem them ”hurtful and wrong.”

Perhaps, what is actually concerning about this situation is wondering how far this will go. “The Cat in the Hat,” one of Seuss’ most popular books, has already received criticism.

It appears that the Left have taken a step forward in their obsession with banning material. In the midst of writing this article, finding these ‘offensive images’ has been a challenge. As far as I am concerned, scrolling past a fish wearing a fur coat without seeing anything offensive is the standard thing to do.

In fact, I might argue that if you saw those images and immediately thought, ”how terrible!”, I’d say you have a race issue.

Understandably, it was a private corporation’s decision to pull the books. However, the main issue is that most people wouldn’t want these books removed, not least the author himself; the decision to remove the material is most likely the result of the race-obsessed Left, tugging at the publishing companies.

It seems that this radical culture has progressed to the extent that even the tiniest things can be deemed offensive. Fish with a coat – offensive. A Chinese boy who eats with sticks (as many do) – offensive. Today, just mentioning a minority group without anything negative about them is enough for the woke brigade to make quick judgments of racial prejudice.

What’s even worse is the idea of cancellation becoming normalised. Imagine a tyrannical authority arose (if not already) and needed to ban certain literature as history has shown. So long as they can peddle the ‘dangerous literature’ rhetoric, its mission accomplished.

It is worth noting that these six books are lesser titles; the woke brigades list of things that qualify as ‘dangerous’ is ever-growing, and the establishment is surely just getting warmed up. Now that cancellation is deemed as normal, it seems the opportunity for sanitising this culture (for tyranny) is ever coming closer. No group that ever successfully gains power over a society stops there.

While the Left may claim to be for equality, it seems that they have scrapped judging individuals ‘by the content of their character’ and have moved towards – if he’s a minority, give him special treatment.

Maybe, instead of removing every possible thing that is slightly ‘offensive’, we should teach our children to realise that their labels are just their experiences and therefore shouldn’t be taken offensively.

If Eskimo fish make you mad, clearly, the book is not the problem.